One of the hedge-fund industry's most respected stock pickers, David Einhorn, struggled in July, with his flagship Greenlight Capital LP fund dropping 6.1 percent, according to a person who reviewed his figures.


Given that stock markets have mostly rallied of late, the exact sources of Greenlight's pain weren't entirely clear. Yet two of its larger long positions, according to filings, were down substantially: Consol Energy, which dropped 24 percent; while SunEdison, another energy company, tumbled 22 percent.

Public filings, however, typically don't reveal an investor's short, or bearish, positions—an area in which Einhorn tends to be active.


Broadly speaking, Greenlight's shorts could have been harmed by a modest stock-market rally, which pushed the S&P 500 Index up nearly 2 percent for the month. Still, one of the stocks Einhorn has been most bearish about of late (even though he hasn't explicitly said his fund is short it), is Pioneer Natural Resources.

The shale driller is one Einhorn nicknamed "the MotherFracker," and it fell on the month.


Other sizable positions in the Greenlight portfolio, including Time Warner and Chicago Bridge & Iron Co., were all up for July.


In a letter to investors a few weeks ago, in which he discussed his performance for the second quarter—when Greenlight fell 1.5 percent—Einhorn described the period as "a challenging quarter for finding new long ideas."


He also wrote that although the fund had some investments in the embattled Greek markets, those positions weren't of meaningful size or influence to Greenlight's overall portfolio.


CW8888: See what can happen to among the world's best money managers across market and sector cycles of boom and doom. 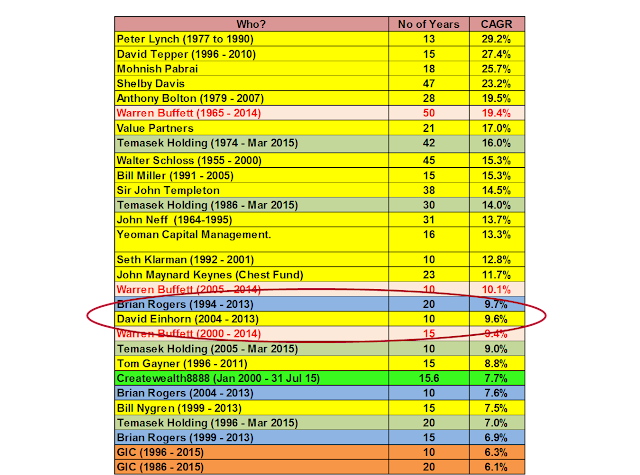