Long Term Investing Is Like Farmer Working In The Field From Sunrise To Sunset??? (2)

Read? Long Term Investing Is Like Farmer Working In The Field From Sunrise To Sunset???

What and who is the saving grace when the farmer collapse under the hot sun in 2007?

Now farmer has more than capital size to use the right tools to work for him under hot sun.

Read? Upping Your Game Level??? Your Friendly And Thoughtful Brokers Will Assist You

Read? My Thought On Leveraging To Power Up Trading Income From SGX

One day; his broker called to tell him this good news after reviewing his account performance and offered to up his game level. Broker has lowered his commission from 0.275% to 0.22% and up buy limit to $200K and then to $300K when $200K limit was hit several times.

Huat liao! FIRE soon! That was his thinking in 2007

The moral of the story:

Never under-estimate the greed in us when we are winning big and on the way to FIRE faster!

What and who is the saving grace when the farmer collapse under the hot sun in 2007?

What was the Lesson learnt?

Who are we in the stock market?

Read? Hunters, Fishermen, and Farmers??? Returns per unit of stress.

It will be better if Uncle8888 knows how to short and short it big???

Read?What was I thinking and feeling in Mar 2009 Bear market low?

One honest Guru said that (but still many gurus are not telling us much about their losses in shorting the market), he gave back most of his profits built up from the last plunge.

This Guru was not any ordinary trader but the Chief Trainer and Strategist in one of the Kung Fu School of Trading in Singapore hor.

Read more? Does Shorting always win in a bear market?

14 Apr 2012 Createwealth8888's comments: This Guru continued to lose money despites he was one of those Kung Fu masters training many disciples to fight bulls and bears. Few months later the Guru also stopped blogging. Why did he stop blogging??? We can do our own thinking. LOL! 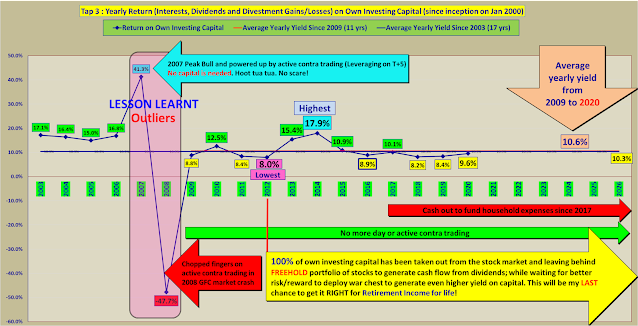