US crude tumbles, settles at lowest level since Sept. 2010 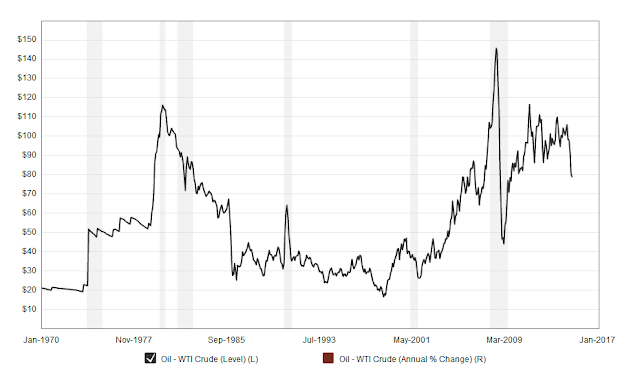 Brent crude also fell to a four-year low and was last below $79 a barrel on concerns that China will see further economic slowdown and as Saudi Arabia kept silent about a possible cut in production.

Developing economies had been a major support for oil over the past decade, but demand is now failing to keep up with increasing supply from North American shale production.

Demand for oil from members of the Organization of the Petroleum Exporting Countries will drop to 29.2 million barrels per day next year, almost 1 million bpd less than current output, the cartel forecast this week.

OPEC members meet in Vienna on Nov. 27, when they will consider how to respond to a 30 percent fall in oil prices over the past five months. Some have said they want a cut in output.

Qatar expects to lower oil output to about 500,000 bpd by the end of November from 650,000 bpd at the end of October and from 800,000 a month before that, an industry source familiar with the matter said.

Read MoreSaudi minister: It's all a 'misunderstanding,' no 'price war' talk


But the most powerful OPEC member, Saudi Arabia, has refrained from backing a cut, prompting speculation that it is more concerned with keeping market share than supporting prices.

"We do not set the oil price. The market sets the prices," Saudi Oil Minister Ali al-Naimi said on Wednesday.

Commerzbank oil and commodities analyst Carsten Fritsch said some traders understood his comment to mean that Saudi Arabia would let prices fall further. "That is sort of benign neglect—at least that is what the market thinks," Fritsch said.