Share
Patti Domm | @pattidomm
Expectations of growing U.S. crude supplies sent world oil prices sliding to a new four-year low and are turning up the heat on OPEC members to cut production when they meet later this month.

OPEC convenes in Vienna, Austria, on Nov. 27, and the market is highly focused on whether members of the Organization of the Petroleum Exporting Countries will get over their differences and cut production. Saudi Arabia, the biggest producer, has indicated it does not want to go it alone with a production cut, and it has been adjusting its official selling price to maintain market share, particularly in Asia.

"Now Iraq's saying they don't want to cut either. The market is in the process of forcing them to cut. The market is going to keep grinding lower and lower into that OPEC meeting to see if they have a response or not," said John Kilduff of Again Capital. 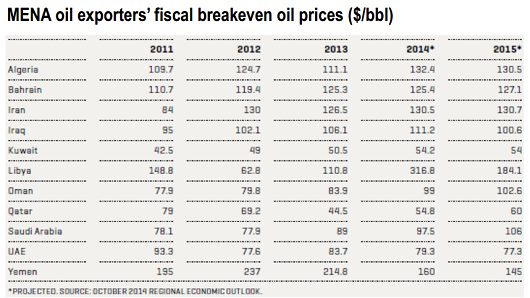 Kuwait also has said a production cut is not likely, but Reuters quoted unnamed OPEC delegates Tuesday as saying a production decrease could be discussed and OPEC could trim 500,000 barrels, bringing production back to its 30-million-barrel-per-day target.

Citigroup analysts said Saudi Arabia is defending its share in Asia where it is challenged by sales from Iraq, Kazakhstan, Oman, Russia and Iran.

"The kingdom appears to have accepted that with U.S. oil production growth and a pending wave of competitive Canadian crude about to reach the refining system on the U.S. Gulf Coast, it will have to continue to see deliveries to the U.S. slip," they wrote. Saudi Aramco sold 1.5 million barrels a day to the U.S. in September 2013, and lately that amount has fallen below 900,000 barrels a day.


Kilduff said he is anticipating seeing a further build in U.S. supply when weekly government inventory data are reported Thursday, instead of Wednesday, as it was delayed by Tuesday's Veterans Day holiday. Platt's said oil stocks have been well supplied by historic standards, at 380.2 for the week ended Oct. 24, 5.5 percent above the five-year average.


Citigroup analysts said a cut in OPEC production is possible but not likely this month, and there may be a better opportunity for OPEC to cut after the winter. "Not enough pain has been spread among OPEC countries ... yet," they wrote in a note. 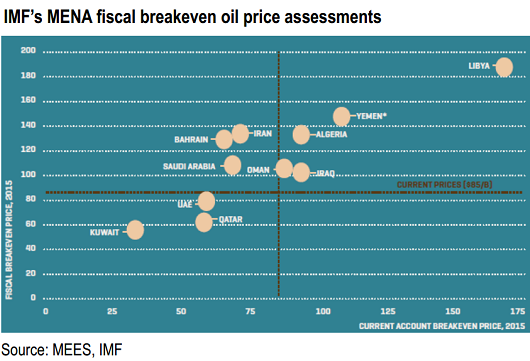 "At Brent prices in the low $80s, Algeria, Bahrain, Iran, Iraq, Libya, Oman, Venezuela, Yemen, Russia and likely even the Saudis cannot balance their budgets ... Saudi Arabia has plenty of cash to enable it to endure low prices for some time," they wrote.

The Citigroup analysts also said the Saudis do not want to act as sole swing producer and they would like to see a willingness on the part of other producers to share in a production cut before agreeing to one.


Brent fell below $81 a barrel Tuesday for the first time in four years, and was trading at $81.48 per barrel in afternoon trading. West Texas Intermediate was barely higher, at $77.48 per barrel.

"I think the market by remaining under pressure is trying to force OPEC into a decision to cut production," said Andy Lipow, president of Lipow Oil Associates. "The market is signalling to OPEC they have more than adequate supply at this time. If OPEC doesn't take any action, the market is going to fall even more."

Bank of America Merrill Lynch commodities analysts expect OPEC to cut production and they expect a slowdown in U.S. production as a result of lower prices. But they anticipate Brent to recover and average $98 per barrel next year.