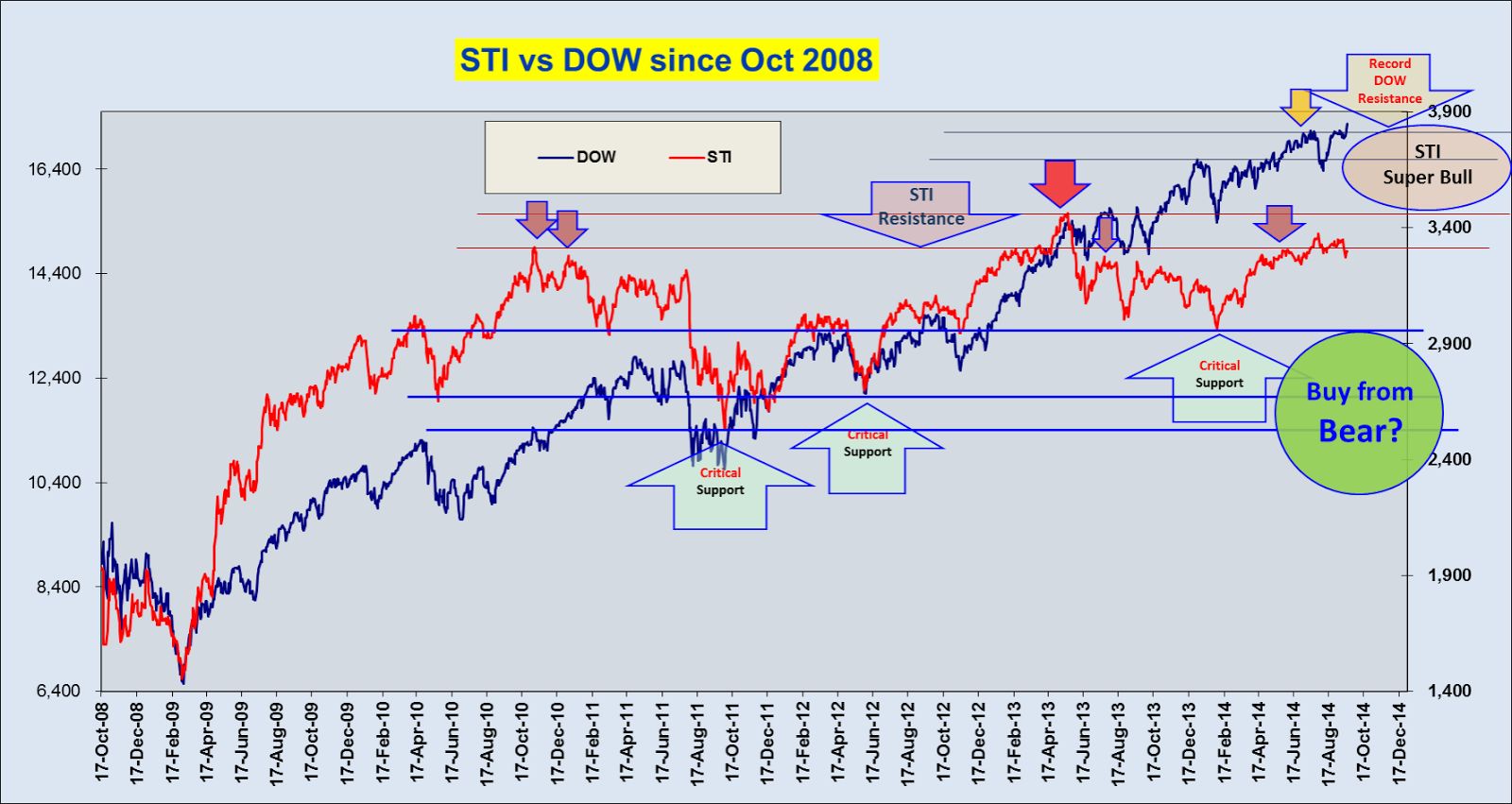 NEW YORK: The Dow and S&P 500 bolted to fresh records on Thursday (Sep 18) on continued momentum from Wednesday's Federal Reserve decision and enthusiasm ahead of Alibaba's expected initial public offering on Friday (Sep 19).

The record closes marked a continuation of the investor euphoria that set in Wednesday after the Fed signalled it would keep interest rates near zero well into 2015.

Art Hogan, chief market strategist at Wunderlich Securities, said investors were also charged up by the upcoming New York Stock Exchange launch of Chinese Internet giant Alibaba. The offering, potentially the largest IPO ever, is expected on Friday. The listing "feels as though it's going to be a success," Hogan said.

Positive sentiment offset caution surrounding Thursday's Scottish independence referendum. The market has been wary of the vote because of uncertainty about how Scotland would extricate itself from the centuries-old United Kingdom.

Pier I Imports, the furniture and housewares retailer, sank 18.5 percent as it slashed its profit forecast from US$1.14-US$1.22 per share to 95 cents-US$1.05. The company said second-quarter sales disappointed due to soft store traffic and declines in merchandise margins due to aggressive promotions by competitors.

Bond prices were mixed. The yield on the 10-year US Treasury rose to 2.63 percent from 2.60 percent on Wednesday, while the 30-year held steady at 3.36 percent. Bond prices and yields move inversely.
- AFP/de
Posted by Createwealth8888 at 08:31