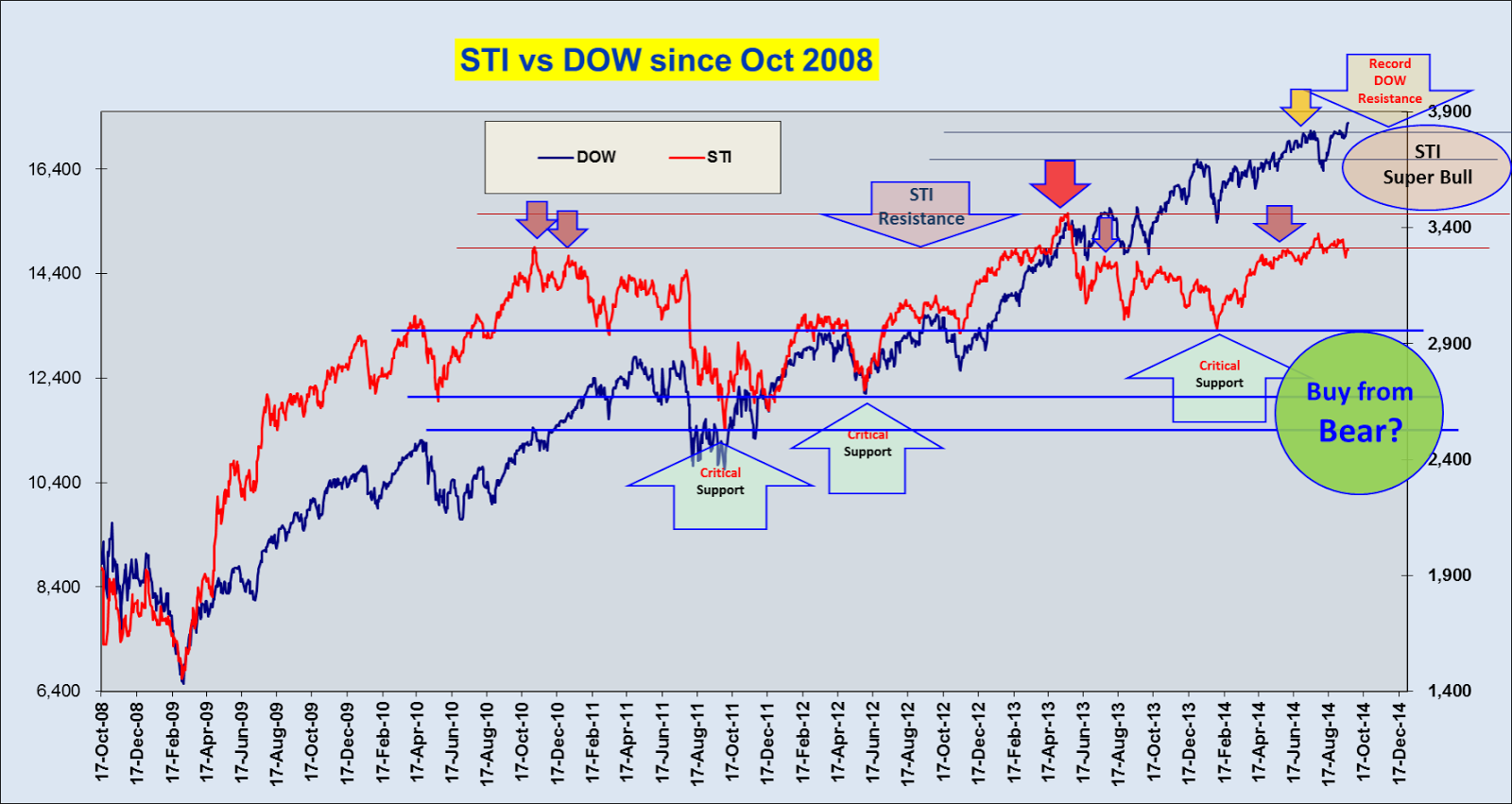 The Dow Jones Industrial Average advanced 13.75 points (0.08 per cent) to close at 17,279.74. The S&P 500 finished down 0.96 of a point (0.05 per cent) at 2,010.40, narrowly missing a record high a day after setting one. The tech-rich Nasdaq Composite Index fell 13.64 (0.30 per cent) to 4,579.79.
Shares of Alibaba bolted 38.1 per cent higher to $93.89 on its first day of trade after its IPO raised $25 billion, the largest in history on any market. Anticipation of the Alibaba trade helped push the market higher Friday morning, gains that were further propelled by Scotland's referendum vote on Thursday rejecting independence from Britain.

But all three indices retreated from their peaks as Alibaba began trading before 4pm (midnight, Singapore Time).

"The higher the opening indication for Alibaba went, it seems the more the indices faded from their opening strength," said Briefing.com. "That could be owed to Alibaba drawing buying interest away from everything else."

Yahoo, which holds a 22.4 per cent stake in Alibaba, fell 2.7 per cent. Although the Alibaba IPO will likely result in a huge windfall for the US tech company, some investors are expected to cash out of Yahoo now that they can invest directly in Alibaba.

Oracle shares fell 4.2 per cent after co-founder Larry Ellison stepped down as chief executive but said he would serve as chief technology officer and executive chairman of the board. The software company's fiscal first-quarter results fell short of analyst expectations in both earnings per share and revenues.

Concur Technologies, which makes corporate travel and expense management systems, jumped 17.6 per cent as it reached a deal to be acquired by German business software giant SAP for $8.3 billion. Analysts said the deal would enhance SAP's efforts to expand its cloud computing business. US shares of SAP fell 4.4 per cent.

Oilfield-equipment supplier Dresser-Rand shot up 9.4 per cent on reports that German technology giant Siemens plans to bid on the firm in a deal worth more than $5.1 billion.
Bond prices rose. The yield on the 10-year US Treasury fell to 2.59 per cent from 2.63 per cent Thursday, while the 30-year dropped to 3.30 per cent from 3.36 per cent. Bond prices and yields move inversely.