NEW YORK (Reuters) - U.S. stocks climbed for a third straight day on Thursday after comments from several Federal Reserve officials soothed concerns that the central bank would begin to reduce its stimulus efforts in the near future.

The rally helped the S&P 500 post its best three-day run since January after three Fed policymakers sought to downplay the notion that the central bank would bring an imminent end to its accommodative monetary policy, known as quantitative easing.

"I think the Fed is trying to delicately prepare the markets for an eventual ending of QE3," said David Carter, chief investment officer of Lenox Wealth Advisors in New York.

"The Fed has bent over backwards to introduce this huge program over the past few years to get the economy going. The last thing the Fed wants to do is pull the plug too fast and have the economy go down the drain."

Thursday's advance was again broad-based. Nine of the 10 S&P 500 industry sectors gained, with financials, industrials and consumer discretionary shares leading the way. Stocks also got a lift from economic data showing a decline in weekly jobless claims and improvements in consumer spending and income.

Volatility erupted in the stock market after Fed Chairman Ben Bernanke said last week that the central bank could begin to reduce its $85 billion in monthly bond purchases later this year and end the program altogether by mid-2014 if economic conditions improve.

On Thursday, William Dudley, president of the Federal Reserve Bank of New York, said the Fed's asset purchases would be more aggressive than the timeline Bernanke had outlined if U.S. economic growth and the labor market prove weaker than expected.

Dudley stressed that slowing the pace of the Fed's bond buying would depend not on calendar dates but on the economic outlook, which remained unclear.

While the S&P 500 remains more than 3 percent below its all-time closing high of 1,669.16 reached on May 21, it has rallied 2.6 percent over the past three sessions after numerous Fed officials have sought to calm markets roiled by expectations of tighter monetary policy.

Volume was about average as some 6.3 billion shares changed hands on U.S. exchanges. More than 80 percent of stocks traded on the New York Stock Exchange advanced. 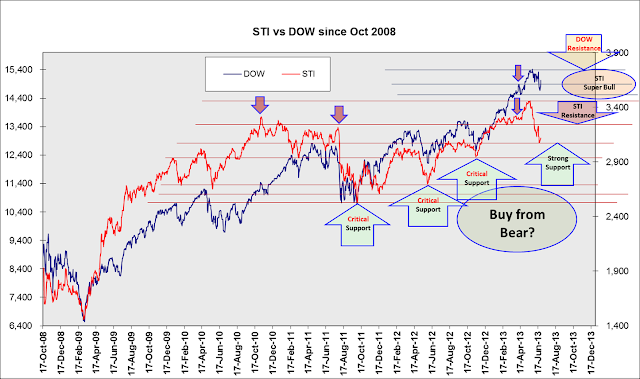