Stocks took a sharp nosedive across the board Thursday, with the Dow and the S&P 500 posting their worst day of 2013, after Federal Reserve Chairman Ben Bernanke hinted the central bank may scale back its asset purchases later this year

With the declines from the last two sessions, the Dow and S&P 500 wiped out all of their gains from May and June.

The Dow Jones Industrial Average plummeted 353.87 points, or 2.34 percent, to end at 14,758.32, with all 30 components in the red. The last time the blue-chip index closed down more than 300 points was last November. The Dow is down more than 5 percent since its May closing high.

All three major averages were back in negative territory for the week, and on track for their fourth-weekly decline in the last five weeks. 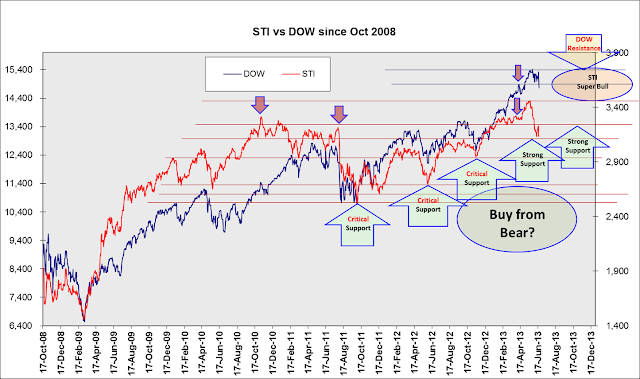