Preliminary figures released by the Monetary Authority of Singapore on Friday show that domestic banking unit loans rose 1.5 per cent over the month to S$479.4 billion at the end of October, faster than September's 0.7 per cent growth - PHOTO: SPH

Singapore's bank lending growth picked up in October for the first time after ten months of slowdown, as lending to both businesses and consumers lifted loans growth to 17.9 per cent, up from 16.5 per cent in September.

Preliminary figures released by the Monetary Authority of Singapore on Friday show that domestic banking unit (DBU) loans rose 1.5 per cent over the month to S$479.4 billion at the end of October, faster than September's 0.7 per cent growth.

Loans to businesses grew 1.3 per cent over the month to S$278.1 billion, picking up from the marginal 0.3 per cent growth in September. Compared to a year ago, total business loans grew 19.1 per cent, faster than September's 17.5 per cent growth. 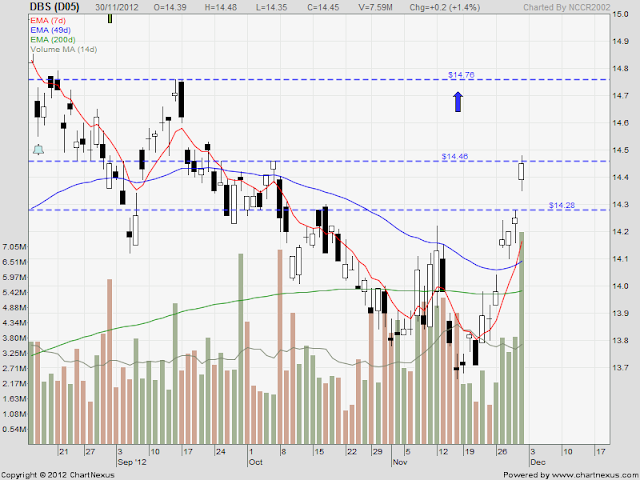