CW8888: Order book has been slow in 2014 as it took longer time to sign contract agreement. This may be sign of very tough competition facing Kep Corp. 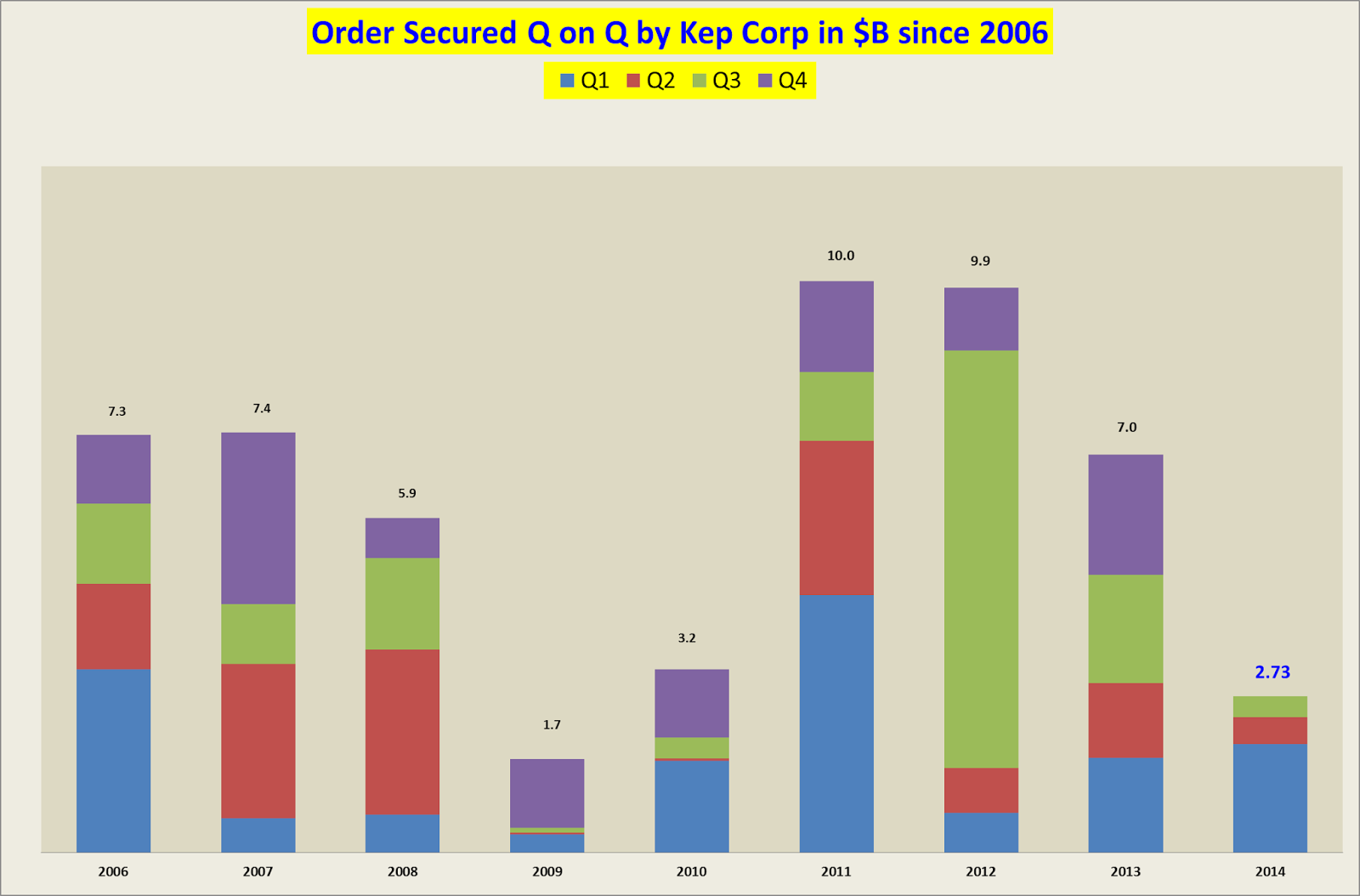 Keppel Shipyard won a deal for the conversion of a floating production storage and offloading (FPSO) vessel for Armada Kraken, a wholly owned subsidiary of Malaysia's Bumi Armada.
The new FPSO, which is scheduled for delivery in the third quarter of 2015, will be a harsh-environment unit that is designed for operations in the North Sea under a stringent regulatory regime.

Keppel Shipyard's work scope for this FPSO project includes refurbishment and life extension works, upgrading of living quarters to accommodate 90 staff, installation of an internal turret mooring system as well as the installation and integration of topside process modules.