Share
SINGAPORE: Temasek Holdings on Tuesday (July 8) reported a 3.7 per cent increase in the net value of its investment portfolio - from S$215 billion in 2013 to S$223 billion in the last fiscal year.
In its annual Temasek Review report released on Tuesday, the investment company said Group net profit for the year ended March 31, 2014, rose 2.8 per cent to S$10.9 billion, from S$10.6 billion in the same period last year.

Total shareholder return (TSR), which is Temasek's key measure of performance, was 1.5 per cent for the past year, down from 8.6 per cent in the previous 12 months. It attributed this mainly to weakness in key Asian markets.

Temasek's  five-year TSR was 11 per cent and

its 10-year TSR was 9 per cent, which the firm said reflects the steady growth in its portfolio. 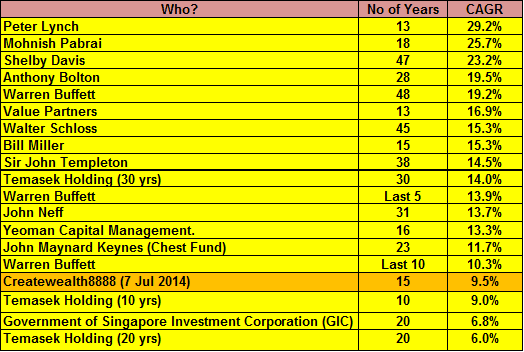 In the last fiscal year, Temasek invested a total of S$24 billion and divested nearly S$10 billion, for a total net investment of $14 billion.

Temasek Chairman Lim Boon Heng said in the statement that "this year has been one of our most active years for new investments - the most active since the Global Financial Crisis". The new investments are driven by the continued recovery in the global economy as well as lower asset prices in Asia, which offered attractive investment opportunities.

In life sciences, Temasek invested almost US$1 billion in Gilead Sciences - a firm that develops treatments for cancer, HIV and infectious diseases. It also invested about S$2 billion in Pavilion Energy, which focuses on Liquefied Natural Gas (LNG) in the energy space.

Temasek's key divestments over the year included Singapore's Tiger Airways and part of its stake in India's Bharti Telecom.

It ended the year with an underlying portfolio exposure of 31 per cent in Singapore, 25 per cent in China and 10 per cent in Australia. However, its exposure in North America and Europe grew to over 14 per cent from 12 per cent in the previous year.

Looking ahead, Mr Lim said that there will be both challenges and opportunities with the rapidly changing world.