Return on Equity remains healthy at 22.6%.

Still, full year profit for the conglomerate came in 15 per cent to S$2.24 billion.

As part of its 45th anniversary, Keppel Corp is handing out more goodies to its shareholders.

The company has proposed to distribute one Keppel REIT unit for every five Keppel Corp shares.

That is about 27.4 cents per share based on Keppel REIT's closing price of S$1.37 on Thursday.

Together with the interim dividend of 18 cents, total distribution for 2012 will be 72.4 cents per share.

Keppel Corp said the lower net profit was partly due to lower contributions from its offshore and marine unit.

Offshore and Marine's contribution was 12 per cent lower from a higher base in 2011 when margins were at record highs. It contributes to half of Keppel Corp's net profits.

"Keen rivalry from Chinese and Korean yards have suppressed prices and squeezed margins on newbuilds," said Choo Chiau Beng, chief executive officer at Keppel Corp. "In 2013, we will be completing a record of 22 newbuild units."

Keppel Corp expects crude oil prices to stay above US$100 per barrel, supporting the need for more global exploration and production.

But global challenges like the slower US economy and the eurozone crisis from last year will continue to pose uncertainties for Keppel Corp's business.

Net profit for the property division was 2.5 times higher than in 2011, offsetting the lower earnings from business in the offshore and marine, and infrastructure.

But Keppel Corp does not expect its property arm to perform better this year.
This is because recognition from sales of completed units at its development Reflections at Keppel Bay is expected to be lower this financial year.
- CNA/xq 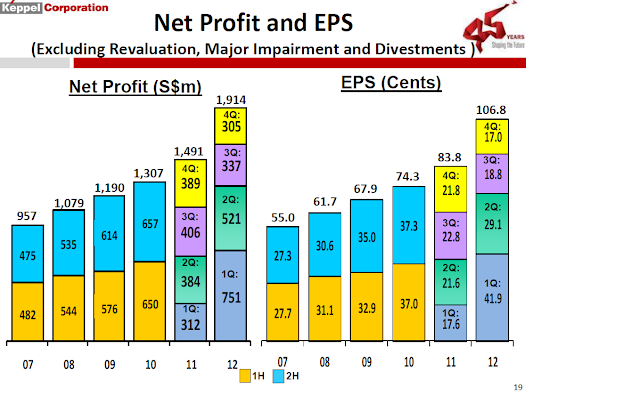 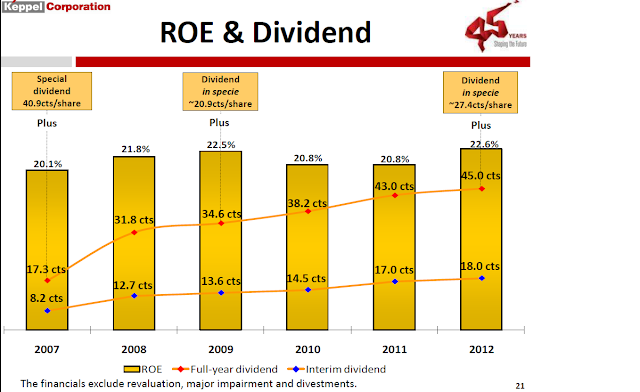 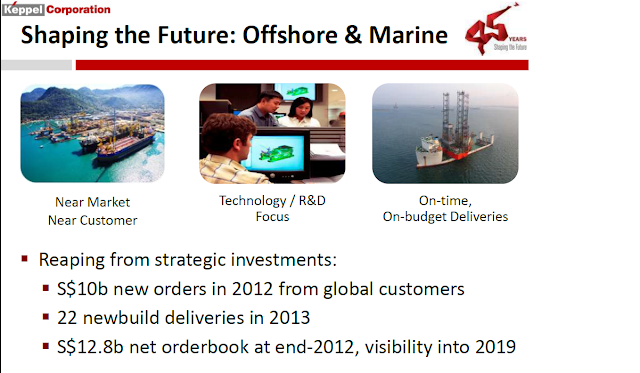