The nice story that I read ...


After the Earth was created, God in His wisdom decided to grant all creatures a thirty-year life span.

But the Donkey, realising how much work that would mean, was horrified and immediately negotiated an eighteen-year reduction.

The Dog was none too happy either, fearing it would be useless and unwanted in old age, kick from pillar to post. So God agreed to reduce its life span as well. 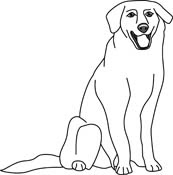 Then the Monkey also pleaded for a reduction and God agreed to remove ten years from its busy and precious life. 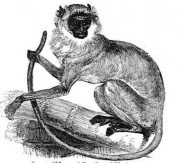 But the Humans were shocked to have given so little time, especially as they considered themselves to be by far the most superior part of creation. So God gave them the donkey's eighteen years. But still the Humans were dissatisfied, so God gave them the extra years taken from the Dog. And still they complained, so God added the Monkey's unwanted ten years too.
And that's why Human Beings live in health and happiness for the first twenty or so years of their long lives - for that's their natural span. But, after that the serious work starts, and they carry the heavy burden of working from dawn to dusk to pay for their home, to bring up their children, and to service the pension that's necessary to sustain them through so many years of life. Slaves to their masters, they'll put up with almost anything to get through their Donkey years.
After that come the years of the Dog when they sit by the fireside, grumbling and grousing, irritated by their offspring, and scratching at itches.
Finally, they enter their Monkey years (Dementia) where, as everyone knows, they do whatever the hell they like.
﻿
Posted by Createwealth8888 at 08:47