Share
"However beautiful the strategy, you should occasionally look at the results." - Winston Churchill

Finding Back The Stolen Wealth By The 2008 Greater Bear 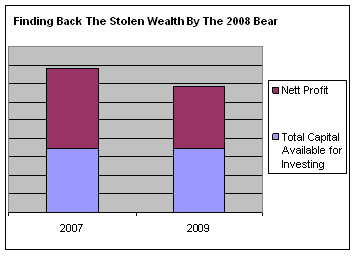 Since 1 Nov 08 that I have given up the faster exciting Contra Trading (or gambling) after three successive months of contra losses for a slower moving Position Trading, how am I doing after that?

A seriously challenged Goal for 2010 if I opt not to revise it.