Can I really find back the Lost Wealth in the last Bull Market???

Bulls or Bears. They can be your Good Friends or your WORST Enemies. The Bulls can set Bull Traps to hang their fellow Bulls at the top; while the Bears can set Bear Traps to kill their fellow Bears at the bottom.

So where is STI going?

Are the Bulls climbing up the Wall of Worry or the Bears sliding down the Slope of Hope?

Although my Portfolio Value has recovered 97.7% from its lowest point; but, it is still far away from its highest point in 2007 so can I really find back the lost wealth in the last Bull market? 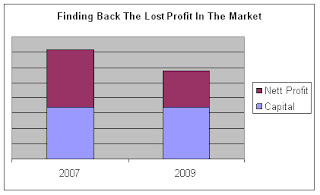 Peter Drucker once said, “What gets measured, gets managed.”

Insanity: doing the same thing over and over again and expecting different results. said Albert Einstein