DBS earned S$950 million ($770.32 million) in the three months ended March, compared with the previous record profit of S$933 million a year earlier. Its profit was far above the S$836 million average forecast of eight analysts polled by Reuters.

At DBS, which gets about 80 percent of its earnings from Singapore and Hong Kong, net fee and commission income rose 25 percent to S$507 million. That overcame a 1 percent drop in net interest income.

"After a slower second half in 2012, we started the year on a very solid note," Chief Executive Piyush Gupta said in a statement.

"Business momentum is strong, and growth has been broad-based, showing the impact of our investments across all lines of business."


DBS, in a bid to diversify its business, made a $7.2 billion bid a year ago to take over Indonesia's sixth-biggest bank PT Bank Danamon.

But the deal has been stuck, with Indonesia's central bank capping ownership stakes in local banks and politicians calling for Singapore's central bank to grant greater access for Indonesian banks in the city-state in return.

Shares of DBS are up nearly 13 percent so far this year, outperforming rises of about 11.5 percent by OCBC and 7.7 percent by United Overseas Bank. ($1 = 1.2333 Singapore dollars) (Reporting by Saeed Azhar; Editing by John O'Callaghan) 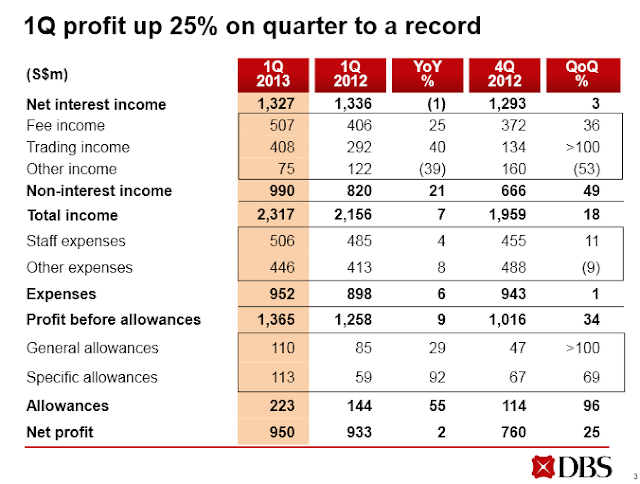 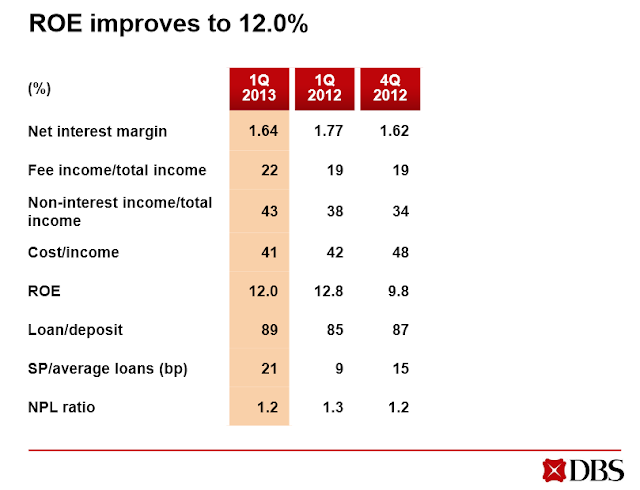 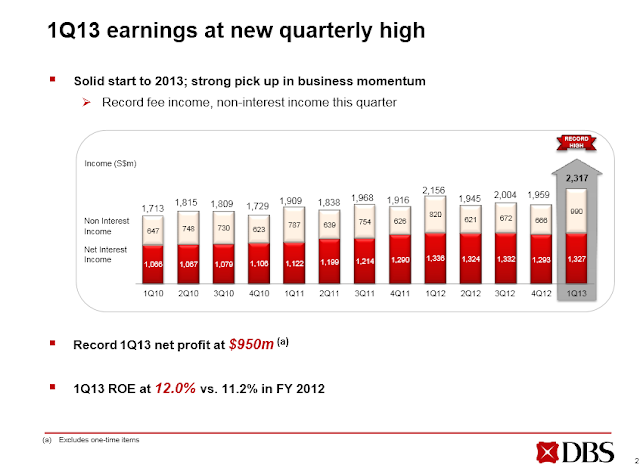