Share
TEMASEK Holdings on Tuesday reported a one-year total shareholder return (TSR) of 1.49 per cent for the 12 months ended March 31, 2019, reflecting market volatility as it warned of lower returns expectations for the longer term amid weak global growth.

This compared with the 12.2 per cent TSR posted in the year-ago period, with TSR a compounded and annualised measure that includes dividends paid to its shareholder but that excludes its shareholder's capital injections. Compounded over 45 years since its inception in 1974, annualised returns stood at 15 per cent.

The Singapore investment firm's net portfolio value grew to S$313 billion, up from S$308 billion a year ago on a Sing-dollar conversion basis, it said in its annual report released on Tuesday.

During the year under review, Temasek shifted into divestment mode, divesting S$28 billion in assets, and investing about S$24 billion in the same period. Temasek had guided a year ago that given the market outlook, it may recalibrate and slow its investment pace over the next nine to 18 months.

Temasek received dividend income of S$9 billion from its portfolio. 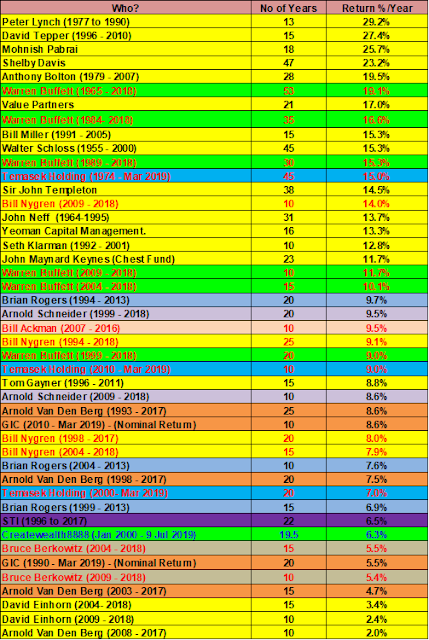