Lorna Tan
Saving for retirement is the top priority among affluent Singaporeans, well ahead of putting cash aside for a rainy day and education, according to a recent online poll.

It found that the ideal retirement nest-egg is estimated to be about $1.38 million, although respondents varied in how they arrived at this figure. About 55 per cent sought professional financial advice before investing while 13 per cent derived it from the media.

But around 25 per cent relied on guesswork, which is "alarming", said Mr Chris Gill, general manager, Southeast Asia at Friends Provident International, which conducted the poll in May of around 500 affluent and aspiring-affluent investors in Singapore and a similar number in Hong Kong.

Let see how long this magical number of $1.38M nest-egg can last and assuming inflation rate @2.5% 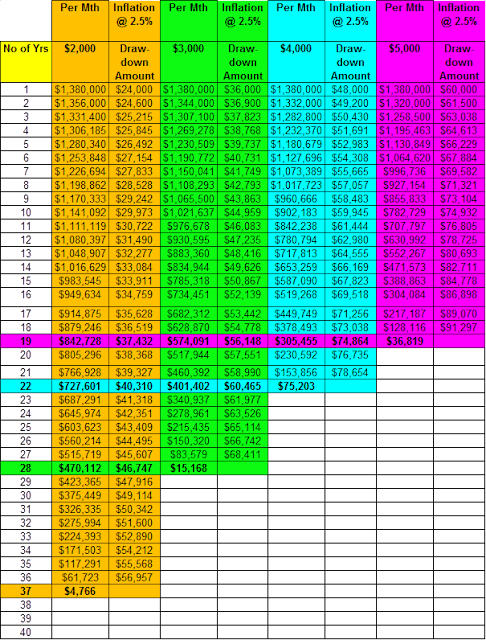