Share
The price of oil continued its rally Tuesday, with producers announcing spending cuts which added to a slew of positive factors helping to drive the commodity higher.

U.S. crude prices climbed about $1.5 a barrel on Tuesday morning and was trading above $51 a barrel by 10:30 a.m GMT. Brent crude for March delivery opened at $55 a barrel and had risen to $56.53 a barrel by the same time. Both have seen gains of around 3 percent in morning trade and have climbed around 16 percent since Friday.

It came as BP CEO Bob Dudley told CNBC Tuesday that the number of U.S. shale rigs was "dropping like a stone," but added that it would be a while before excess supply worked its way out of the market.

"The really good parts of the shale (industry) can sustain $30, but those that are around the fringes of that, they're going to struggle. I think we'll see eventually…(the number) flatten out and then drop."

Oil has seen a few sessions of firmer prices, with both benchmarks now erasing the losses they have seen to date in 2015.

The dramatic fall in the price of oil - which tanked as much as 60 percent from mid-June - has been due to weak demand, a strong dollar and booming U.S. oil production, according to the International Energy Agency (IEA). 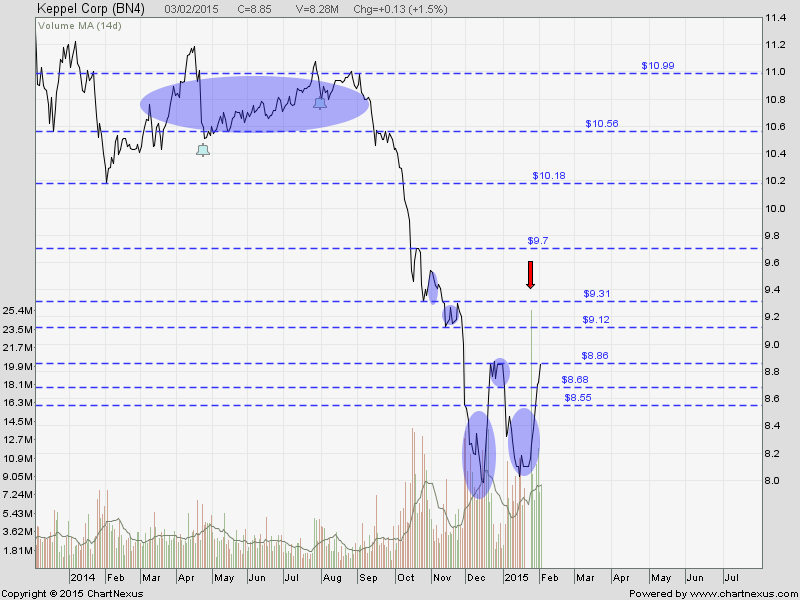