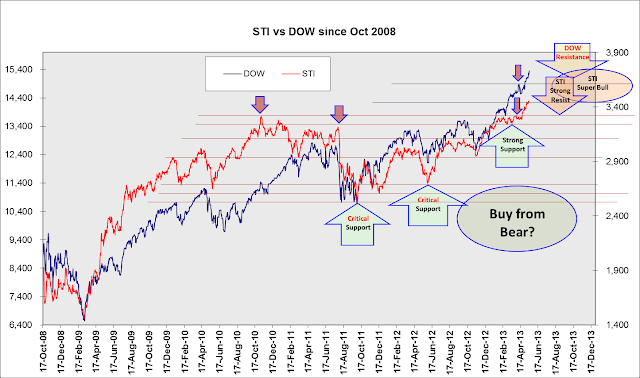 
Stocks closed out the week with strong gains, with the Dow and S&P 500 hitting fresh highs and all three major averages logging their fourth-straight weekly advance, boosted by a pair of positive economic reports.

The CBOE Volatility Index (VIX), widely considered the best gauge of fear in the market, finished below 13.

All key S&P sectors finished in positive territory for the week, led by financials and industrials.
Posted by Createwealth8888 at 07:37